First and foremost, the COVID-19 pandemic is a health crisis. In order to address this crisis, many countries have decided to close schools, colleges, and universities. As a result, the pace at which teachers were asked to move their teaching ‘online’ was at an untested and unprecedented scale. For the most part, “traditional” assessments have been canceled and this just highlights a small part of the overall disruption felt by families throughout the world. The challenges faced during this time remind us of the original Digital Divide – the inequitable distribution of devices and internet access that plagues under-resourced and low-income communities, particularly those of color. We thought we had moved into the next phase of the Digital Divide, focused on turning ‘consumers’ into producers/creators – but, one can’t produce without the tools to do so. In the same regard, we’ve asked teachers to ‘create’ without dedicating the right amount of support, resources, and training necessary to do so. But, despite that hard fact, teachers will do as they always do – thrive and persist IN SPITE OF their environments.

We can all agree that a well-trained teacher (along with a happy one) directly impacts the lives of students. A recent report from the Economic Policy Institute found that “among all teachers, only half have released time from teaching to participate in professional development (50.9 percent), and less than a third are reimbursed for conferences or workshop fees (28.2 percent), and among novice teachers, only 1 in 10 get a reduced teaching schedule (10.7 percent).” Early career support, continuous professional development, and learning communities have been found to directly impact student performance. For the most part, good teachers take it upon themselves to seek that which they need to improve the learning experience for their students. In this article, I’d like for you to meet Ana Buznego, a Reading and Writing middle school teacher here in Miami who is enrolled in our Computer Science training workshop along with more than 100 of her M-DCPS colleagues. Ana moved to Miami shortly after graduating from HS in Venezuela and came to the US with a HS diploma and some college credits. Conquering the challenge of learning English, she completed her bachelor’s degree in education and then went on to earn a master’s degree in Reading. Ana has taught from pk-8th grade for the past 20 years. Ana has always found inspiration in her students and cultivates a vulnerable classroom that makes learning a journey of discovery, even when analyzing difficult Shakespearean text. Given the environment in her classroom, it was only natural for her to become curious in the ways of her students. She noticed that many of the ways she went about teaching had been optimized with the latest technology. She recalls one moment where she wanted students to transcribe words from a song as they listened on her boombox (ok, not a boombox) and several students pointed out that there were apps and websites that would easily provide the lyrics for them.

Ana realized that her style of teaching needed to adapt, and luckily, she was comfortable enough to become a learner in her in her role as teacher. Ana’s curiosity quickly became untamed. After learning some ‘tech skills’ from the students, she started to identify as a ‘troubleshooter’ and became relied upon at her school to solve any issue that involved ‘electricity’, ‘technology’, or ‘computers’. Her unwavering spirit led her to continue to sign up for professional development opportunities despite often being denied and instead asked to focus on her classroom (not so uncommon in environments where good teachers are heavily relied upon). This catch-22 paradigm can also be blamed for educators of color who feel devalued as highlighted in this article from the Harvard Graduate School of Education where “teachers believed their race and cultural background influenced their work in a way that was beneficial for students and the larger school community, but they also believed that those same attributes impeded their professional growth and created extra stress and obstacles.”

According to a report from the National Center for Women and Information Technology, Latinas made up only 1 percent of the computing workforce in 2017. Ana, as it appears, is somewhat of an anomaly as one can argue that despite the title of “teacher”, she is exponentially impacting the 1 percent in the CS workforce (time will tell). After mastering important educational technical skills such as setting up a smartboard, troubleshooting internet issues, and diagnosing printer problems, Ana had a calling to do more. She signed up for a five-day CS Discoveries training at FIU and credits the support of her colleagues (many of whom are first/second year computer science teachers) with helping her stay in the training. Ana states “computer science teachers have something contagious about them – I did not expect to feel so welcomed as an outsider.” With open arms, we welcome and support you Ana – thanks for your amazing work and dedication! 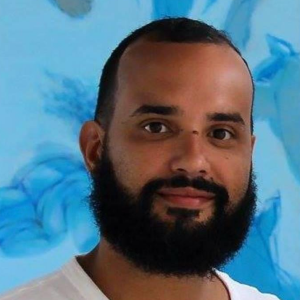 Carlos has been at the intersection of tech and education for over 15 years. A graduate of Fordham University, Carlos holds advanced degrees in Computer Science & Bilingual Education. A Bronx native, he works to pave the road before him and level the playing field in education. Activating STEM in the K-5 Classroom Support the Movement this Give Miami Day 2022